Necchi Sewing Machine History: Of course, there are many brands of sewing machines in the modern world: both well-known and developing, both good and “not so,” both relatively young and having a long and fascinating history behind them. We live in an age of globalization when the world’s giants are absorbing smaller brands and industries. At the same time, everyone honor and praise to those who preserve traditions in the market struggle. Necchi is one of those brands that, no matter what, was able to maintain its best traditions and standards.

From Word to Business

The history of industrial activity began with the Italian Ambrogio Necchi, who continued the foundry inherited from his father and grandfather. At the end of 1880, Ambrogio Necci acquired a family-owned factory in the center of Pavia, Italy, which employed 170 workers to make cast iron parts for mechanical engineering. 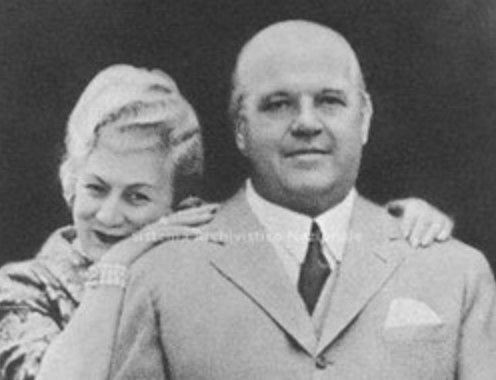 In 1919, Vittorio Necchi, the son of Ambrogio Necchi, returned from the WWI front as a fatherless orphan. It was a turning point in his life: The world around him was changing very quickly. The competition was growing. He was a young guy, far from mechanics and production management.

A key role in the emergence of the Necchi sewing machines wife played: she often asked her husband to buy a sewing machine for the house. At that time, sewing machines were, for the most part, a luxury item. Therefore they were quite expensive. And Necci constantly promised that she would soon have a car. Vittorio had a thought: why not, having his own foundry, not make a sewing machine himself? Necci kept his word. A sewing machine was purchased. But not at all for household chores.

The car Vittorio bought turned out to be the Singer 15 – at the time, the most popular car in Europe. Having copied all the units and mechanisms, Necchi began to establish these machines’ production under his own brand. Having launched a full-fledged mass production in 1920, Vittorio did not really go deep into marketing, calling her simply by analogy with Singer– Necchi 15. 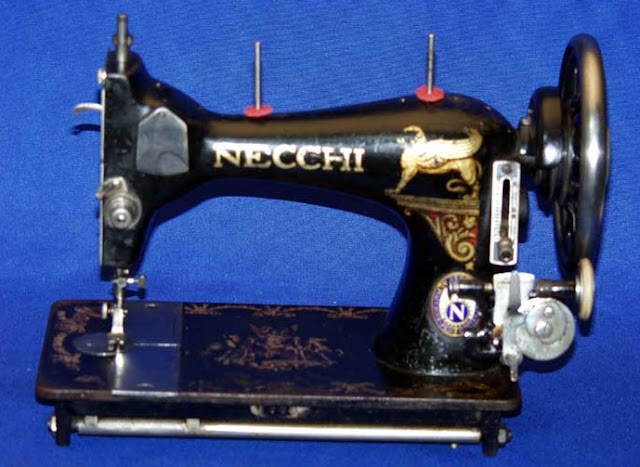 Despite the explosive growth in sales, the idea that the Necchi 15, in fact, is just a copy, and not his own development, did not give Vittorio Necchi rest. And, by 1924, he was producing a car of his own design – the Necchi BD. 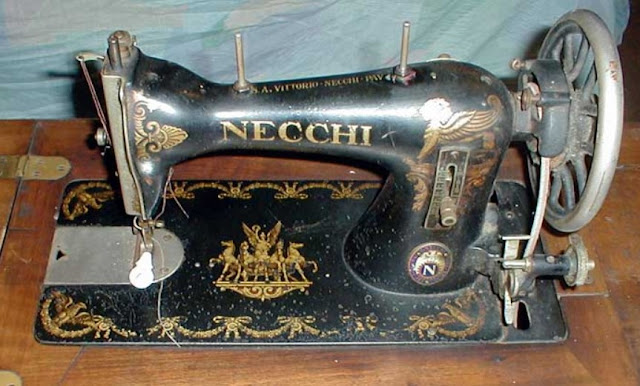 The full name of the car is Necchi BD (Central Bobbin). It is a conventional straight stitch machine with a classic vertical swing shuttle design. But at that moment – it was one of the most modern developments. Since now no one could accuse Necchi of plagiarism, Vittorio begins to invest in advertising actively. After a short time, the Necchi BD becomes a fairly serious competitor to the Singer machines. In fact, a trade war was started.

The machines were improved and produced one after another: the BD (Bobina Domestica) was released in 1927, and the BDA (Bobina Domestica Articolata) in 1930. However, this was not enough. Catch up with Singerin terms of sales, marketing alone was very difficult. Then Necchi began to offer new models with improved features such as zigzag stitching. Plus, the unusual design of the sewing machines and excellent Italian quality are added. In the battle for the buyer, the obsessed Italian was unstoppable. 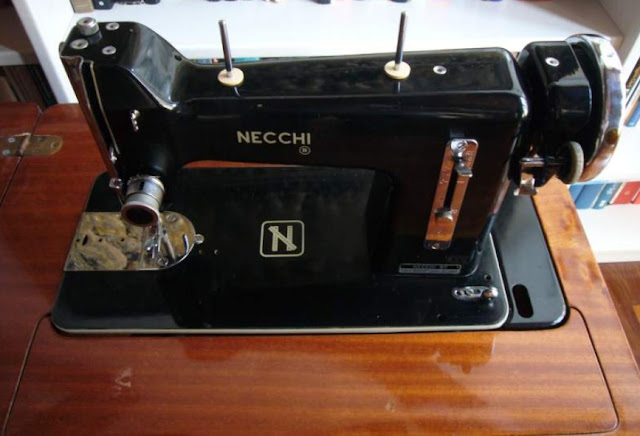 Singer is an American brand represented in Europe through a dealer in Germany. On the one hand, this rather severely limited the development of the brand in Europe. On the other hand, it provided significant financial and marketing support. Necci understood this, as well as the fact that it would be quite difficult to win alone.

Vittorio takes an unprecedented step – he offers to merge with another rather strong European brand – Elna. Nobody expected such a turn. However, Necci’s strategy was correct. The thing is that he didn’t count Elna a competitor, perceiving them as innovators as himself and admiring them.

The unification of brands opened up a second wind: manufacturers shared their technologies and implemented them in manufactured machines. By 1946, the Necchi Sewing Machine Company was producing 1,000 machines a day, employing 4,500 people, and selling more than 10,000 retailers.

To strengthen its position on the world stage, in 1948, Necchi entered the US market. A year later, Necchi Corporation USA began importing Elna. Their detachable arm machines complemented the existing Necchi range, and the Necchi-Elna Sewing Circle sewing accessories brand was created. 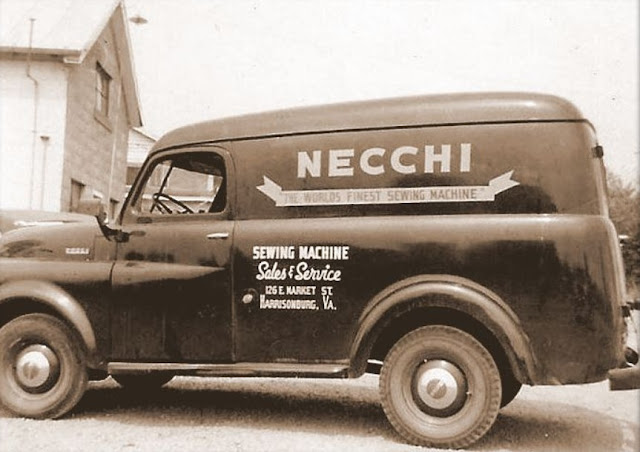 Thanks to innovative technologies and unsurpassed European quality, the cars were able to win buyers’ hearts there too. It was the second, quite strong, blow to Singer. Bailing out the market at home, Singer’s European division was left without adequate funding and significantly weakened.

At this time, the brand Necchi is thundering all over Europe. More and more innovative models come out, electric drives appear. Necchi attracts famous designers to decorate cars. In 1956, a new series of sewing machines was launched, and Mirella became one of Necci’s masterpieces, thanks to the creativity of one of the most important Italian industrial designers, the native of Emilia Marcello Nizzoli.

In 1957, Mirella won the Compasso d’Oro and the Grand Prix in the 11th edition of the Three Years Exhibition in Milan.

Later, Necchi Mirella’s designs were so inspired that it became the only sewing machine ever on permanent display at the Metropolitan Museum of Modern Art in New York. It represents the highest aesthetic level that a sewing machine has reached.

The Italians were able to make more than just a sewing machine. They made it a piece of art. Thanks to them, the world realized that a beginner’s sewing machine can be a functional household appliance and a stylish piece of furniture. Necci used the most beautiful women of the time for advertising his cars; in the early sixties, even Sophia Loren herself was the brand’s face

Necchi continued to innovate, such as the bold, futuristic Logica with electronic control panel, designed in 1983 by Giorgetto Giugiaro.

Necchi in the modern world

In 2003, Aisin Seiki Co Ltd. became one of the shareholders of Necchi. Despite the global hysteria of cheapening everything and everywhere, Necchi remains true to its brand’s traditions. The entire assortment is produced at only three factories:

The first two belong to Janome and produce cars under brands such as Elna, New Home, Family, Ken Moore. The third plant, in addition to Necchi, produces Bernina, PFAFF, and Husqvarna sewing machines. They are one of the few manufacturers to keep true powerful motors, metal shafts, and drives, etc. And what is only the build quality alone!

Thanks to the legendary Italian quality and exquisite design, Necchi was able to keep their name for a whole century. In 2018, Italians decided to enter the CIS and Asian markets. But now we can safely assume that Necchi, as well as throughout its history, will achieve success here too!

“I like to turn a piece of string into something that I can wear.” I am dedicated to sharing knowledge on the necessary sewing equipment in The Sewing Stuffs.